CINAQ is analyzing The Artifacts found at Marshlands

Center for the Investigation of Native and Ancient Quarries
a 501(c)(3), non-profit, scientific research and education organization

CINAQ makes a unique contribution to our understanding of the greater than 12,000-year culture history of indigenous peoples in America. 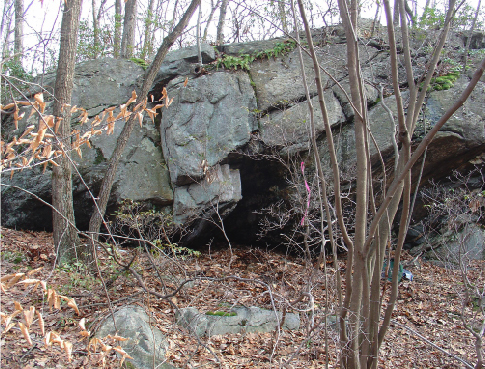 This is a prehistoric quartz quarry in Putnam County, New York State. The quartz vein (in the center of the photo) is massive at 50 cm (20 inches) and is associated with a series of overhangs.

CINAQ is able to rediscover and trace a history of a people through the durable remains left behind.

Much of what was created by indigenous peoples has decayed without a trace. CINAQ is able to rediscover and map subsistence related activities of a people, employing objects fashioned from local raw-material sources.

Investigation of the raw materials comprising these artifacts, enables a connection to be made between the artifacts, mappable geologic formations, and pin-point quarry sources.

Petrographic thin section creation and analysis is one method used to identify a raw material. Very thin transparent sections are sliced from each artifact, glued to a microscope slide, and put under a light transmitting microscope for analysis. The results are compared with raw materials housed in CINAQ’s lithiotech (stone library of geologically controlled raw-material samples) for the purpose of confirming the stratigraphic horizon from which the artifact is manufactured. 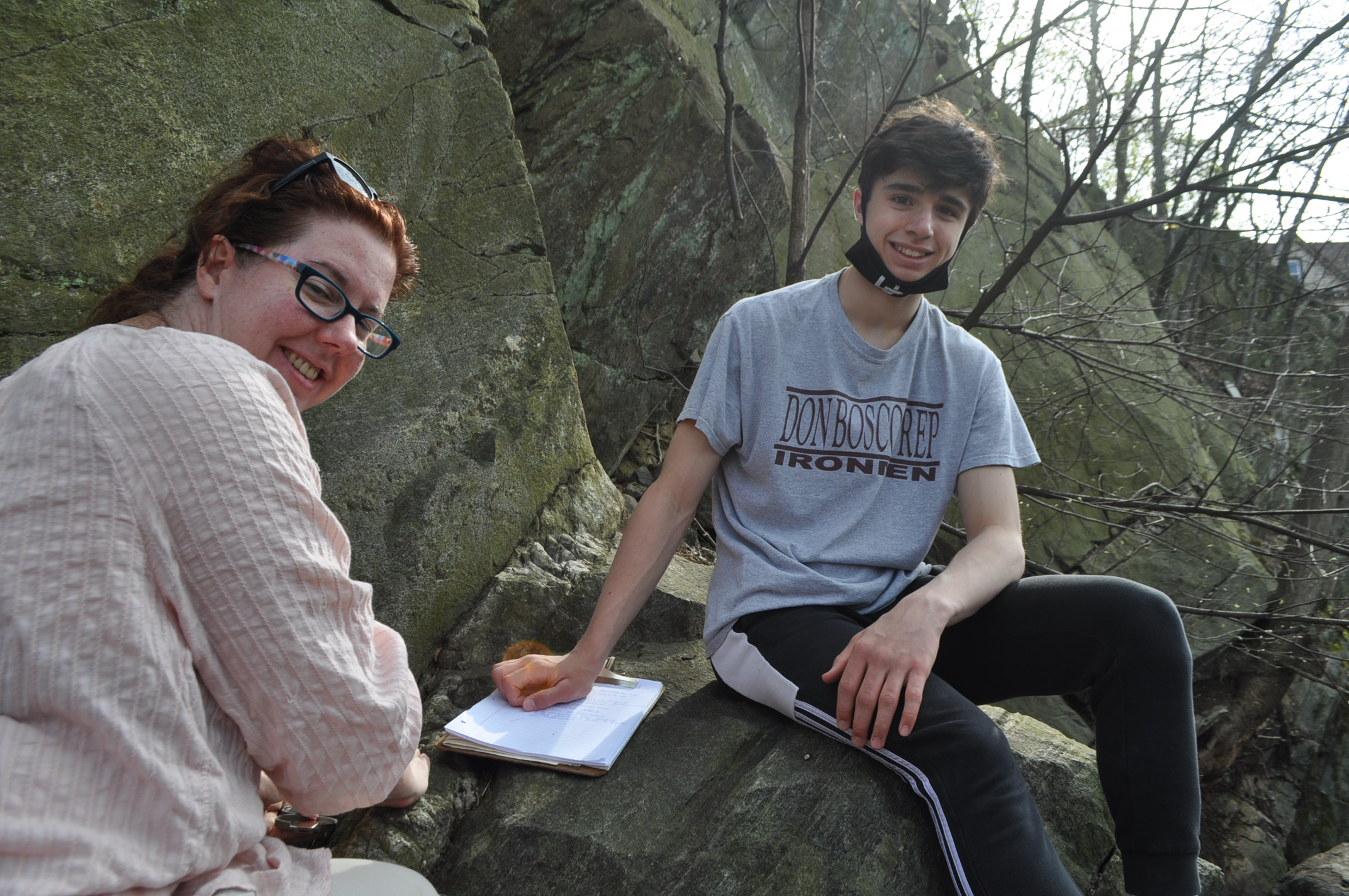 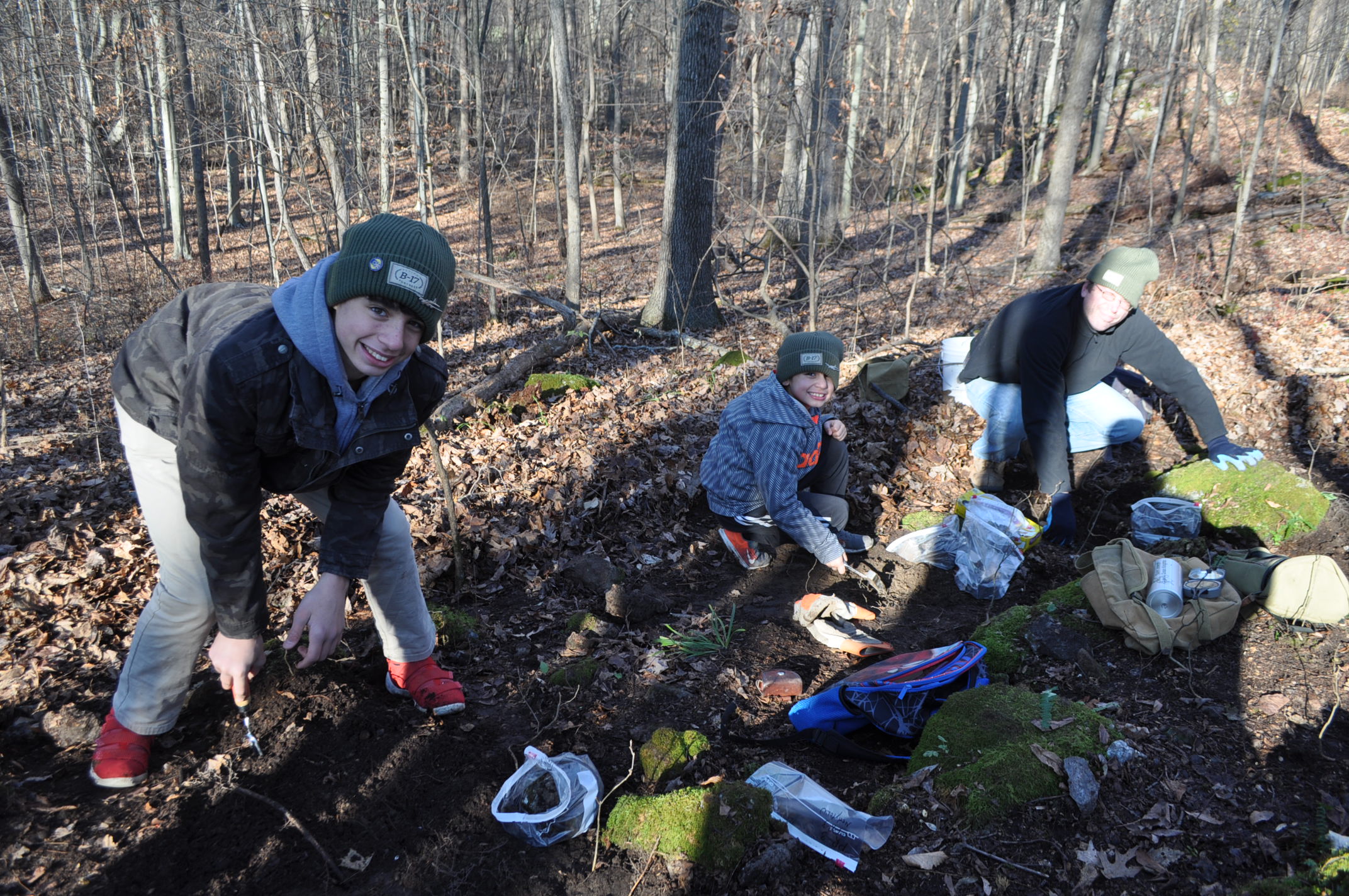 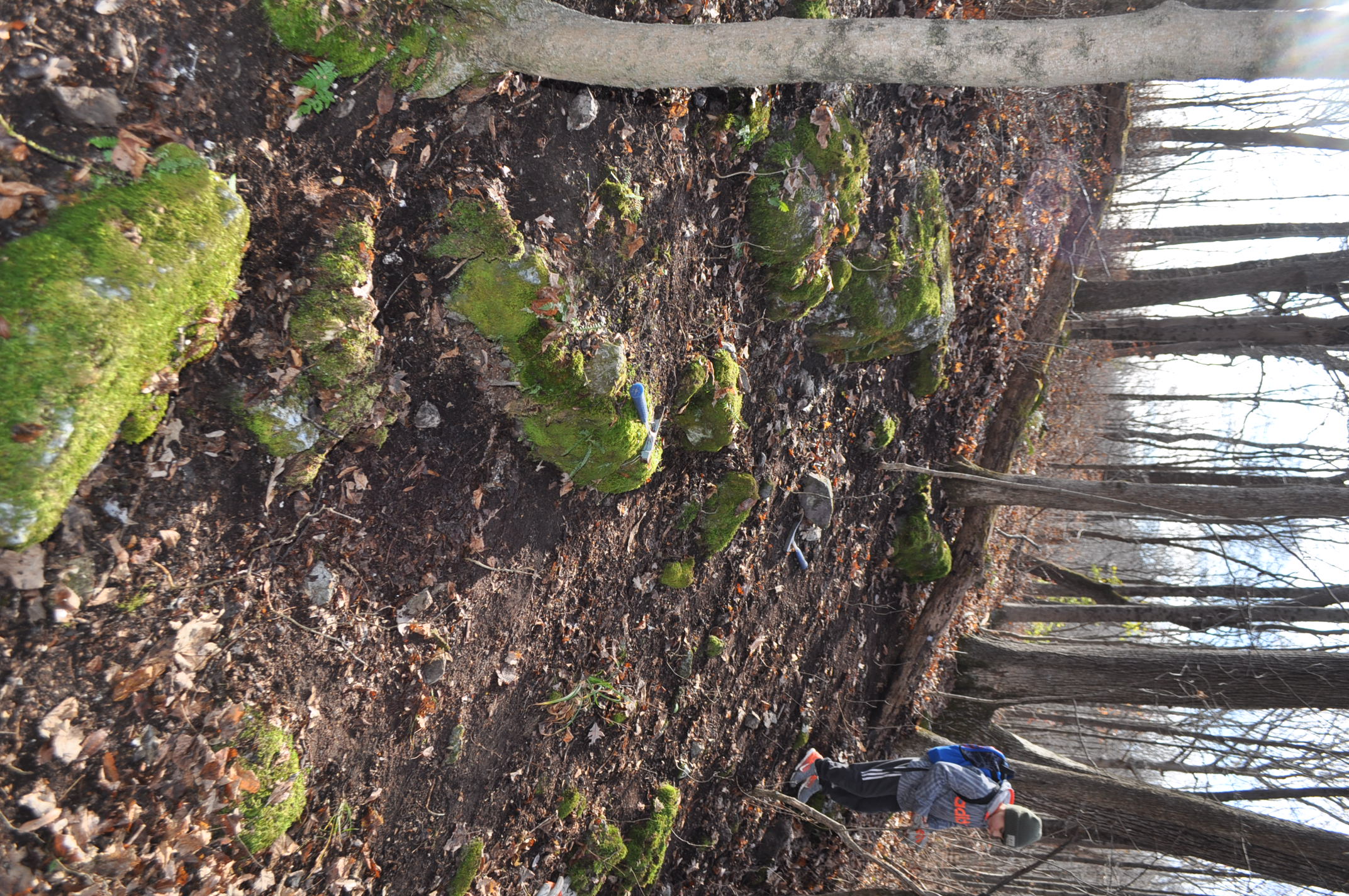 Saverio, next to beds of Ordovician chert. Orange County, NY.

Each artifact is then prepared for isotopic age dating analyses (chemical analyses using isotopes found in earth materials). Once the analysis has been performed, the results will enable debitage (flakes created in the making of a stone tool) from the Marshland’s collection to be isotopically dated, indicating the geological age of the raw materials that the artifacts are fashioned from, possibly directing scientists to a district of quarries.

CINAQ has mapped the locations of greater than 2,000 prehistoric quarries cropping out within the tristate-metropolitan area. 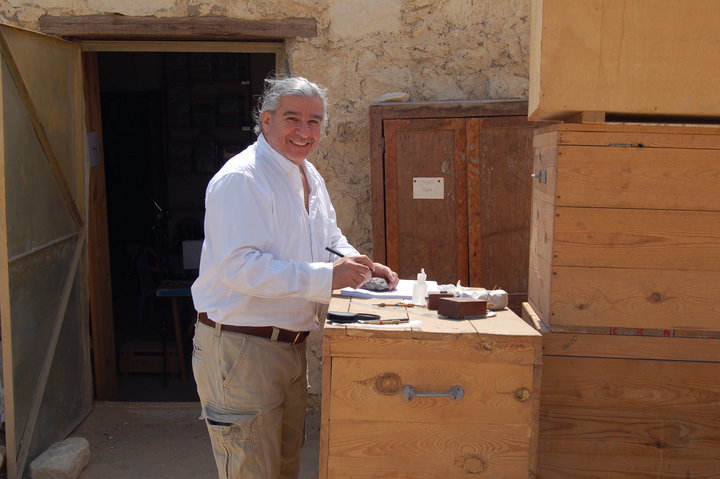 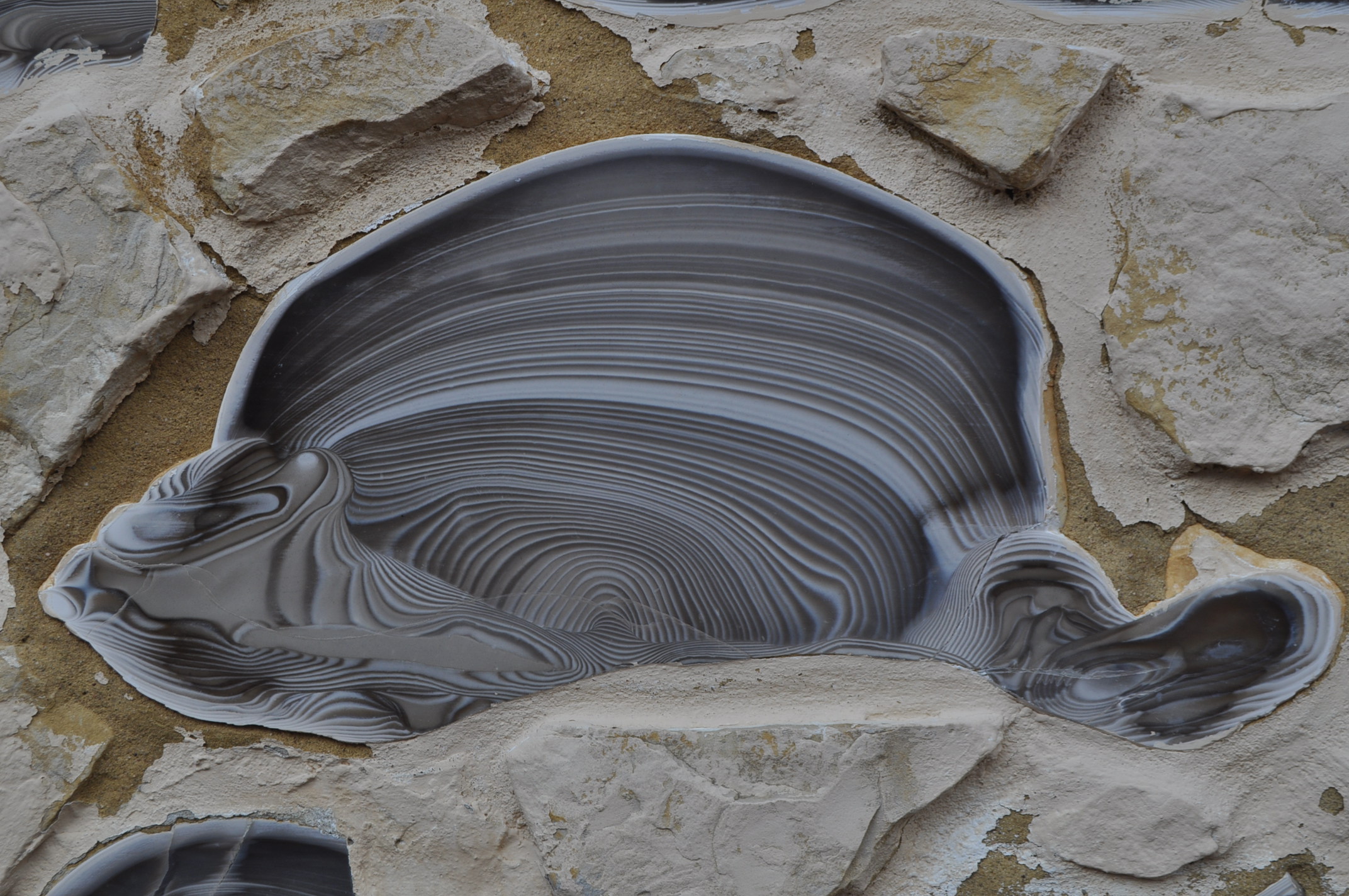 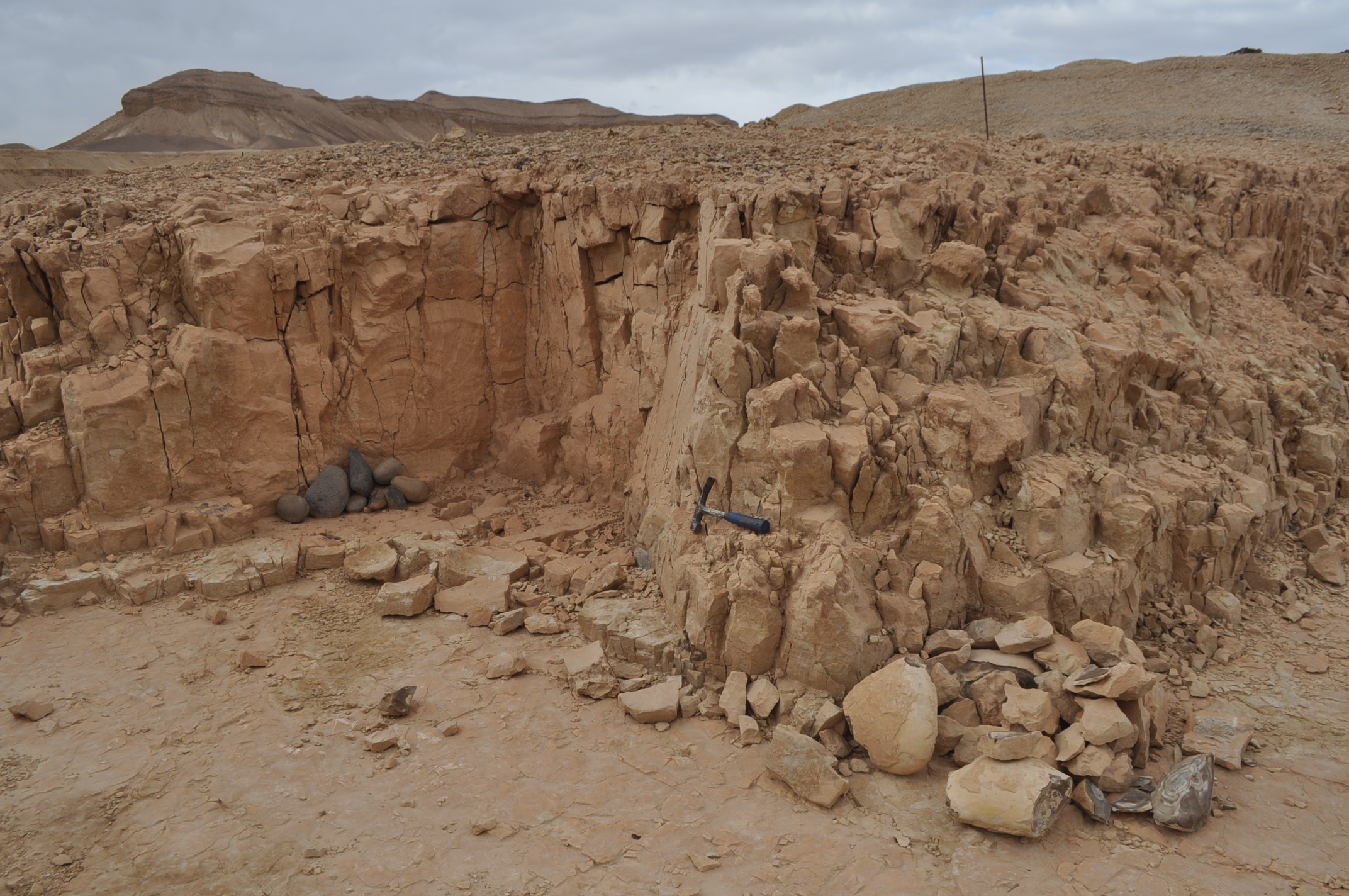 Rocks represent the fossilized remains of ancient environments, which contain details that are unique to the setting that they were formed in.

﻿Stratigraphic variations within one raw material can render quarries within the same stratigraphic unit unique and identifiable, with the proper type of analysis. Microfossils and fossilized macroinvertebrates, unique mineralogical (minerals that comprise a rock) identifiers, deformation (strain imparted onto rock through tectonic processes), and diagenetic (changes brought to sediments as they are being transformed into sedimentary rocks) fabrics only visible under the light transmitting microscope, all impart unique characteristics to each distinctive rock type. 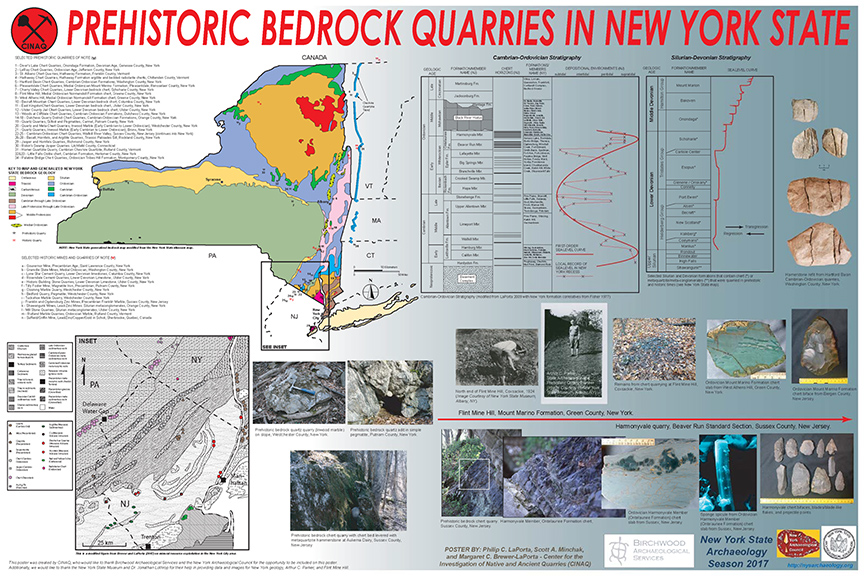 When the artifacts found in Marshlands can be provenanced to a specific prehistoric bedrock quarry, CINAQ, with Dr. LaPorta and Dr. Fiedel, can develop a prehistoric landscape utilization model that illustrates how prehistoric peoples subsisted on the native Marshlands site.

﻿Additionally, trade and exchange networks may be elucidated, and territorial boundaries can be outlined; as well as the basic economic supports that raw materials provided to the indigenous populations.

CINAQ is an archaeological-geological research center whose mission is to educate and preserve prehistoric mines and quarries on a global scale. We have supported ancient mine and quarry research in North America, Europe, Africa and Asia.

CINAQ was organized exclusively for scientific and educational purposes. Ancient quarries represent a very poorly understood cultural resource, which houses an exhaustive volume of information concerning technological change and advancement of early peoples occurring throughout different periods of prehistory. These types of cultural resources are architectural remains of geologic origin.

Mathematical skills, as well as an understanding of basic physics and classical mechanics, were employed by early peoples in the development of this resource. Therefore, prehistoric quarries preserve the fossilized remains of an intellectual endeavor that indexes the degree of technological advancement of various groups of human beings in prehistoric times.